Studying for school for most isn’t exactly the funnest part of childhood memories. The facts were set and you just had to learn them as is. Copy this sentence by hand 20 times. Write your essay sentences using the point, evidence, explanation, and link structure. There’s not a lot inherently wrong with these, they have their time and place. Though, they don’t help you see your learning as part of an enjoyable exploratory process. How might we undo our association between learning and rigid methodologies?

By the way, this is not the same as exploring whether you’re a “visual”, “kinaesthetic” or “auditory” learner. Spoiler alert: they don’t exist we’re all predominantly visual learners.

It’s somewhat predictable to depend on the definition of a word to develop an argument. However, when I looked into the definitions of “play”, I found that each one could be applied to learning in a meaningful way. Let’s see how learning can actually be play, based on Google’s definitions.

The most direct interpretation of play. Why do people enjoy playing? It’s lighthearted, the stakes are usually low, and the process itself is pleasurable. When it comes to learning the methods you use to not have to feel official in order to be effective. You do not have to explore facts in strict definitions so you get the exact lingo right from the beginning. Start light. Get the gist first and explain it in a silly way. How would you get the point across to a five-year-old so they would enjoy it?

The language app Busuu is considered one of the best language learning apps out there – one of its key features is having your answers marked by natives who are learning other languages! Learning Spanish? Record your best “Gracias, amigo mío” and Spanish speakers will give you written pat on the back or give you a tip on pronunciation. Importantly, you can also contribute to the platform! Since you also speak a language natively, you can give advice back and build other learners’ confidence in the process.

Other examples: learning amongst other learners, finding groups/communities, having one person bring their learnings on a topic in a space where others share theirs too and everyone benefit; read an interesting quote, share it to Twitter or save it so you can use it when someone might need it in person or online.

Roleplaying is innately playful, stepping outside of yourself gives you permission to go places you don’t normally go, act differently. If you’re learning history or studying specific person, you could embody them by speaking the contents you want to learn as if you were them. Try and think why they would say the things they’re saying, or why did they drive those events to happen.

Even if music isn’t the skill you’re working on, having an audience to present your progress to is a massive motivator before and after the performance. Luckily, the internet is always listening. Find a place to play the simple tunes of your newly acquired language or post your latest crocheting project to Reddit and see what speaks back to you. As with anything on the internet, though, be prepared for trolls and naysayers as they’re just dying to tell you what’s wrong with it. That’s fine, remember the only reason they’re doing that is they’re either jealous that you’re okay with being vulnerable or they just don’t have any worthwhile skills to show off themselves at that time.

This is more of a behavioural hack: learning can take place in small fleeting moments sprinkled throughout the day or week. It can act as a cadence builder. You could keep small bundles of flashcards in different areas of your home (or phone) and practise them in areas they’re relevant. For example if you’re learning new vocab you could keep it on your desk or office. The point here is to create small and accessible means of learning throughout the day.

The ‘fish’ is resistance, distractability, the frustration when you feel you’re not making progress. Emotions are fleeting, sitting with them after acknowledging them is a good way to reduce their impact on your behaviour. Don’t take your feelings so seriously. If they try and pull you away from the task, give them a cheeky internal wink and keep going. Eventually they’ll die down and you can reel in your next nugget of knowledge or skill in practice.

You guessed it, “social animals” made its way into this article. Competitiveness is a natural grit enhancer and makes you forget about about all the obstacles when you’re content on making it. You could compete with a friend, an online buddy, or even groups of people. It depends on what you’re trying to learn. You can compete with yourself of course, make sure you track you process and see the improvements income and compound.

Hopefully this gives you a flavour of how you can incorporate playfulness into your learning, so you can stop thinking of it as you did while at school. Some of us were lucky enough to never associate learning with the drab methods described at the beginning of this article, but some of us weren’t. Now we can unlearn what we learned about learning, while infusing it with the meaning of play. 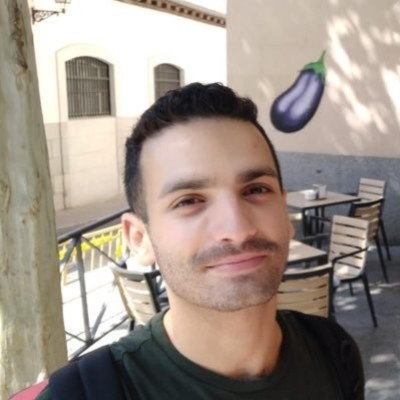